July 04, 2011
Gay Pride in London: so much fun. I was wearing a pink shirt, blue jeans and eyeliners. I bought purple nail varnish to paint my fingernails. I think it looked good on me, although I am sure not everyone will agree.

A few days earlier, I left Belgium for London together with Kurt to go to London Gay Pride. I stayed with my good friends Marc and Gerard, while Kurt stayed with my other friend Allan. After arriving in London, Kurt and I went for Chinese in King's Cross, together with Allan, and later we had a beer before going to our beds.

The next day, Kurt and I went to a restaurant in West London for a nice meal together with Marc and Gerard and two of Gerard's friends. Afterwards we had champagne in a bar/restaurant near Oxford and Regent Street and more people joined. It was a great day.

Then on Saturday: Gay Pride. Gerard and Marc didn't join. First we saw a little of the Parade. It was fun although after a while it became boring as there was too much empty space between the wagons. Therefore, we got bored and decided to go somewhere else. Nevertheless, I took some pictures of the Parade. 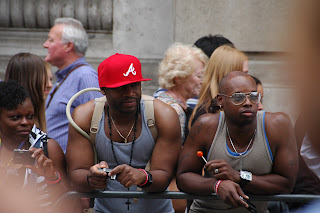 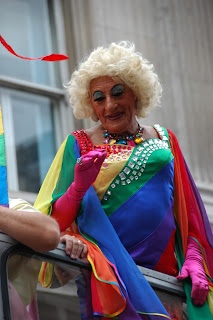 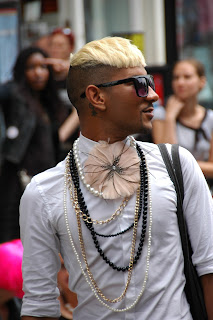 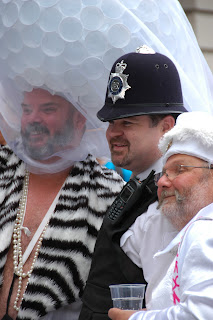 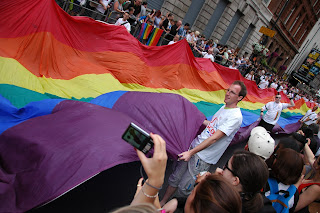 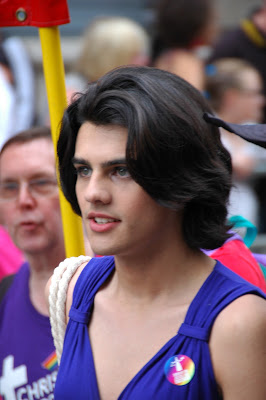 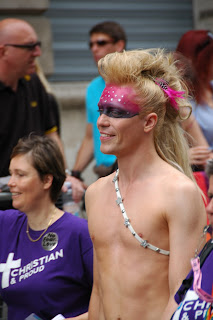 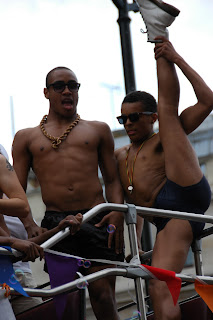 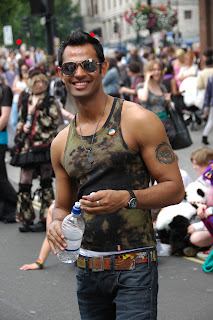 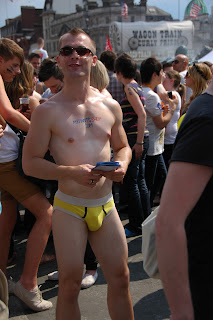 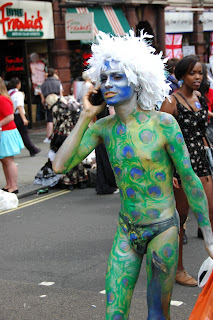 First, we went to Trafalgar Square where many people enjoyed the music and walked around the area watching each other. However, it was a little too busy. So, we decided to go into Soho: Old Compton Street and Soho Square. Here there were even more people but there was also more fun. People from all nationalities and ages, males and females and those you don't know for sure, were present. We had a coffee and then we met Allan and some of his friends. We are drinking outside Compton Bar when we were surprised with the performance of a stripper. He started with a wedding dress (I thought it really suited him) and in the end he was almost nude. He was good looking with a nice body. 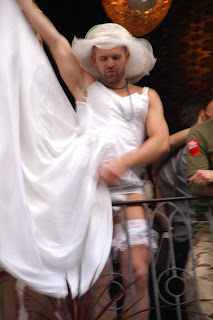 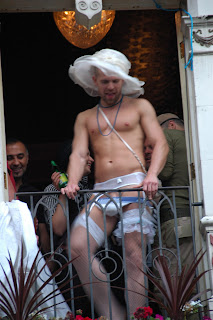 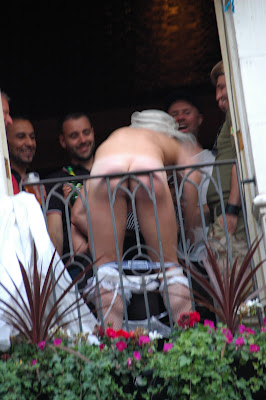 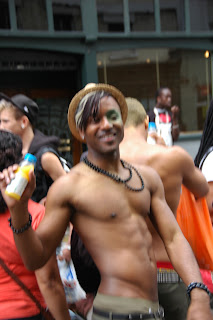 Of course, I also met other friendly people. Where you find gay people you find happy faces. That is the reason I think why homosexuals took the name "gay", it means happy. And we are humans for those who don't believe that; we are called "homo", latin for human.

In the end, Allan and his friends wanted to go to Camden Town, and that is where I started my story with the picture of me. I have to admit, the ending of the day could have been better as we were out the main area in an almost empty bar where not much happend except for a small drag act. Nevertheless, it could have been worse. 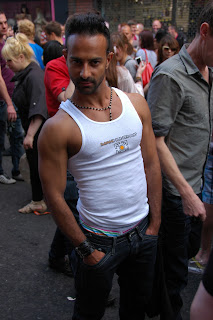