Showing posts from 2009
Show All

December 03, 2009
Since October 12th 2009 I work again in Belgium. I work in a school in Zaventem. There I teach chemistry, physics and biology to children in the fourth, fifth and sixth year of the secundary school. Some classes are well behaved and it is nice teaching, while in other classes the children are almost uncontrollable. I am still trying to find ways on how to improve the discipline in some classes. But then, other more experienced teachers also complain about some of these classes, so it is not really my fault but the problem that the children don't know how to behave.

From tomorrow onwards the exams start. It will be very busy with all those classes, and I have to correct until the last day of the exams. The next day I have to be in the school to discuss the results of the children. I hope they will not be too bad, otherwise I will probably receive complaints that I am a bad teacher (when children have good points it is because the children learn well; when the points are bad, the te…
Post a comment
Read more

September 05, 2009
Yesterday I went out together with Daniel, and we decided to go to the Village. First I met a person I hadn't seen for some time. During our conversation I noticed a beautiful man looking in my direction. He was dressed in a nice suit and colourful strippy shirt. Daniel pushed me into his direction (and therefore allowed me to talk with him), the other guy left and soon I was talking with the guy. He was from Sri Lanka, what explained his nice tan, and called himself Roshan. After Daniel left, we talked a little more before going for a Chinese meal. We then went to Comptons where we kissed a little and discover our bodies with our hands. Then, it was time going home and we went in tow different directions.
Post a comment
Read more 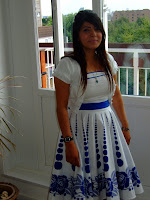 On Saturday, I was invited by a friend to join him for an African-style wedding. I arrived on time at his place, and had to wait about 4 hours before he and a friend of him were ready. By five, we were in Edgware, officially three hours late. However, it only just started (later some people complained about the late start).
Remi's friend, dressed up to impress.

People were nicely dressed, and family members were introduced to each other. This went on and on, however it was quite amuzing to watch. After about two hours, finally the groom was introduced together with his best friends. They had to perform some things (walking as soldiers, laying on the floor).

Finally, the bride arrived, also with her best friends. She too had to perform a little (although she did not had to lay down). In the meanwhile her new husband was sitting on his trone and watching. After another half hour they finally where sitting together.
Declaring each others their love.

Last Saturday, 15 August, I went to Regent's Park, London for Black Pride. I bought the ticket at Brighton Pride a few weeks earlier (I still have to report on that pride) so I could not escape this time (previous years I forgot about it or I was too lazy to go). Ticket price in advance: £5.00 - at the entrance of the park: £10.00.
I arrived at 1:45pm at Regent's Park tube station were Trevor was waiting (we bought the tickets together). From there we walked towards the park, a ten minutes walk. After passing the security, we entered the enclosure. It was a nice area with two parts. The first one had a few stalls that adverticed things from safe sex over religion to swimming clubs. There was also a tent where music was played and a few people were dancing. However, most of the area was empty.

We walked to the next area where food and drinks were sold. Here was also a podium. After buying some food, we laid down in the grass. It was a very nice day with the sun shin…
Post a comment
Read more

Last Saturday I was in Belgium to visit my family and go to a wedding of a cousine. Ines, the daughter of uncle Marc and aunt Renee married Joery. Both were well dressed, but in particular she. She had not the usual white dress, but she wore a white trouser and white top, both of them contained some black flowers. He wore a sleafless top with tie. And they didn't come in a car but with a three-wealer motor. After the ceremony we were offered some champagne, and one of the few photos taken from me that day, together with my brother-in-law Jo in the background.

At 1:30pm the party started in their garden; we arrived about 30 min late (unusual for my father). The day started good with lots of sun. After a drink we went to the table for lunch. It was warm food in buffet-style. Later people continued drinking until the iceman arrived and most of us went for some ice. The photo shows uncle Marc having his ice. After the ice the dancing started on a number of different genres, from hub-le…
Post a comment
Read more

June 25, 2009
I arrived in Belgium yesterday by Eurostar. After arriving, I send a message to my friend Kurt for meeting up. It was some time since I last saw him. We met in a bar (Plattesteen) not far from the city centre. We discussed all kinds of things, including the people around us. Beautiful men and some women, all happy because of the nice weather. And it made him remember his time in Istambul, a city he recommends.

We also discussed a little my work situation. I am now looking into work, and including some with the Belgian government. I even applied for one job there and will do for some others. I also applied for a job at Antarctica, Would be exciting if I could get it. Here in Belgium I will discuss the possibility of teaching.
Post a comment
Read more
More posts