Gent - such a beautiful city

December 03, 2011
Gent (English: Ghent (although I find one should try to say the name of a place in the local language, certainly as it sounds the same)) is a beautiful city. It has two medieval castles within its centre and a number of canals. Along these canals are histarical buildings but also interesting newer buildings. I lived in this city for almost five years, working on my PhD. Recently I decided to visit this city again.

I left Brussels by train and arrived in the main station of Gent. As you can see, it is a beautiful station with many decorations depicting the most beautiful and most important (i.e. capital) cities of Belgium. The photo demonstrates the beauty of this station, especially after it's recent restoration.


Opposite the station, I waited for Kurt as we would have a lunch together in a nearby vegetarian self-service restaurant. While I waited, I noticed some interesting details on a building. Here two pictures of these details. 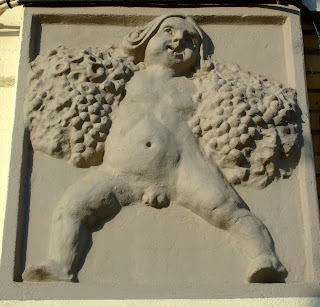 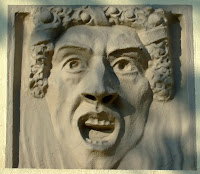 Later, Kurt and I went to the centre of Gent where we enjoyed some drinks. In one bar, we sat near windows overlooking one of the canals. As it was nearly the end of November, night felt early. But as the streets and houses were lighted and that evening was almost without any wind, the lights and houses were almost perfected reflected in the water of the canals. Here some pictures of the beauty of Gent by night (although the reality looked even better). 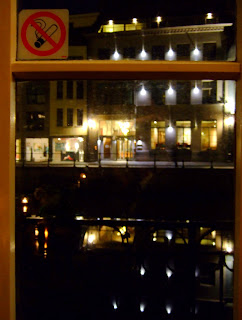 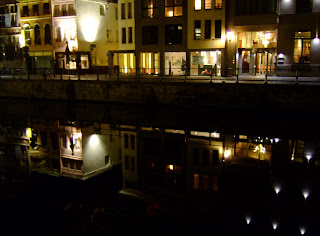