How low can you sink as a human when those who sell guns ridicule the victims of a shooting massacre at a school? And it's not only the weapon lobby, also certain politicians call opponents who want stricter gun laws "leftists who create the crisis" and thus are America's bad side. Still, I also believe many are really convinced that the solution in a country packed with weapons are "more guns but for the good guys" to stop more massacres.
Also President Trump stunt allies as he seemed to agree that stricter gun laws are necessary and thus had a topic to unite with the Democrats although this creates opposition by majority of his own parties (and thus, whoever is in power has either extreme followers and extreme opponents). Still, later he seemed to have changed his mind after he discussed the issue with the weapon lobby. 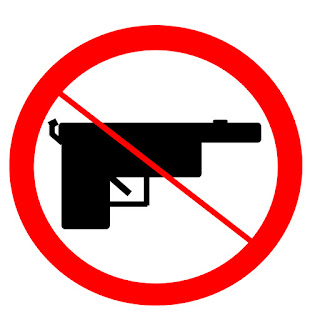 Another group of politicians are the opportunists, those who think they can win elections by being supportive of the second amendment of the Constitution to carry weapons. However, if they notice a majority is opposed to the current gun laws, they will change opinion to get elected and thus this group is important as they can shift the balance in favour of stricter gun laws. Therefore, it is very important that those who favour stricter gun laws share massively via social and other media that they want changes to the laws and thus reduce the number of guns and thereby the possibility to kill; after the latest shooting, growing numbers of people are starting to support more gun control. Also youngers from parents who support the gun lobby's position should be more assertive towards their parents, if needed by no longer visiting their family. Indeed, when few weapons are available, fewer people can use them to kill.

Still, the supporters of the current gun laws probably will not accept stricter laws without a fight against, what they consider to be enemies of the USA, the so-called "left", and to protect the second amendment of the Constitution as this seems to guarantee the freedom to carry guns. However, this is not an individual freedom such as men who decide to have long hair or people having tattoos. Because, the first "freedom" can harm others while having long hair or having tattoos doesn't harm anyone; still, many of the supporters of the current gun laws are those who condemn men with long hair, even when women are proof that long hair doesn't make you stupid, neither do tattoos. And thus, although they say guns are needed to protect society against dictatorship, those supporting even more weapons in society are the people who often silence people when they speak out for stricter laws; if needed with the threat of their gun. And thus, speaking out on social media may be dangerous if supporters of the NRA are in power and they fear they may lose influence and power but also the legal use of their toys.
17 Death Gun laws LPG Society Weapon