October 17, 2011
On Saturday 15 October there was a march of Indignados in Brussels. A few days earlier they arrived after a long walk from Spain, walking through France, bringing people with them and finally arriving in Brussels.

They arrived in Koekelberg, close where I live. Koekelberg has a large Basilica (praise the Lord) on top of a large park. And yet, they were told they couldn't stay in the park because the park is protected and the grass, of which some might be several hundreds of years old I assume as it can't be replaced easily when damaged (if these people might even think about damaging it).

But the mayor had a solution: the people could stay in an old and empty university building. And I think most people welcomed that as it was cold during the night, and many people came from warm Spain and where not really used to such cold weather in autumn.

Thus, Saturday was the demonstration, and the mayor threw the youngsters out of the building while they were in the demonstration for health reasons. I understand (young) people are not always clean; however I do not believe there was shit all over the building. No-one likes to live in shit. Either something was wrong with the building and the drainish was damaged or some people damaged the building deliberately so those people could no longer stay. In the end, the mayor of Brussels allowed the people to sleep in the Jubelpark,  another park in Brussels (and that night was very cold).

But the day was fun: sometimes I was wondering if they would destroy things, but they didn't. In general it was very relaxed, only ones inawhile they were shouting some slogans. These people want a better world and have no intention of destroying things. However, as a teacher I know youngsters exist who do not respect anything from others. When they will loose their dreams, they might fight because they will fight for their own belongings and not for a better society. They are the ones destroying the belongings of others if they can't get what they like.

I add some pictures of the day to show the relaxed atmosphere. I was there with Jo, an old colleague and he brought some friends with him. 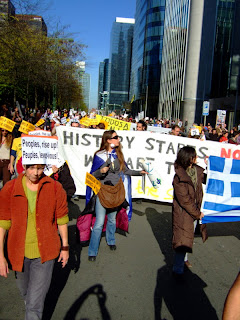 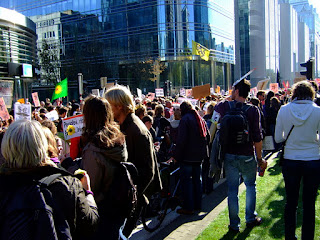 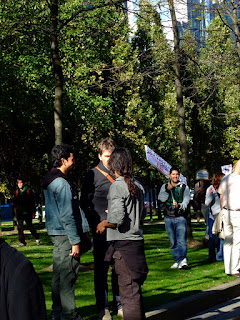 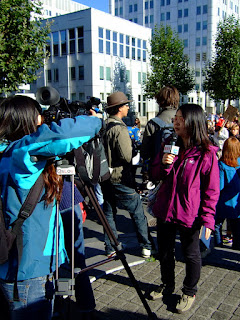 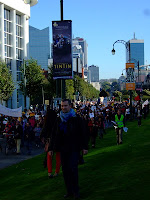 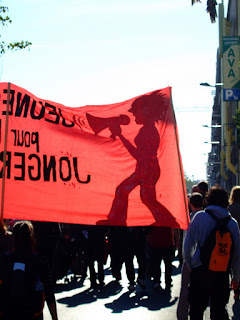 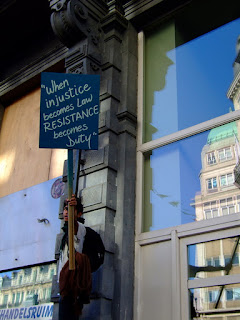 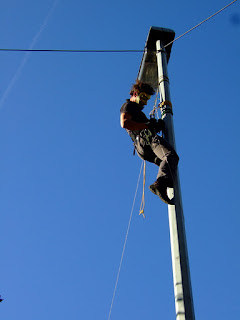 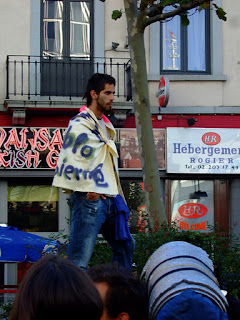 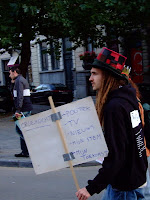 The next day I went back to the park. Many Indignados were still there as they didn't know how to leave: many didn't want to walk back but on the other hand they didn't have money to buy a ticket home. There were tents al over the park, there was some music and people were playing ball sports or balancing on a cable. If only the bankers were there, they might have enjoyed the park; they might have like chatting with the people as bankers are often very sociable people, they might have started to understand the people's feelings. If only ... . But they were probably at home or at work thinking about there next move making lots of money. But they forget: you can only live from money as long as the food is not destroyed by natural and human-made disasters; ones the food is destroyed, money doesn't buy food anymore and everyone becomes equal. 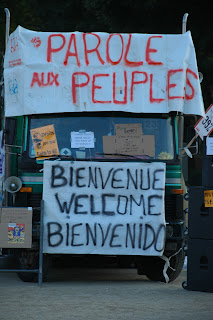 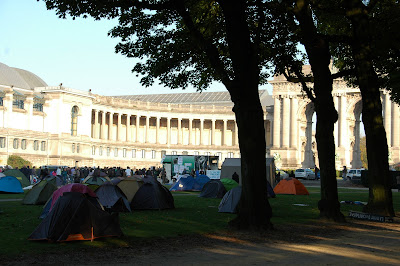 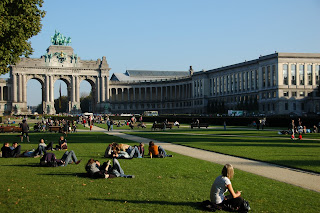 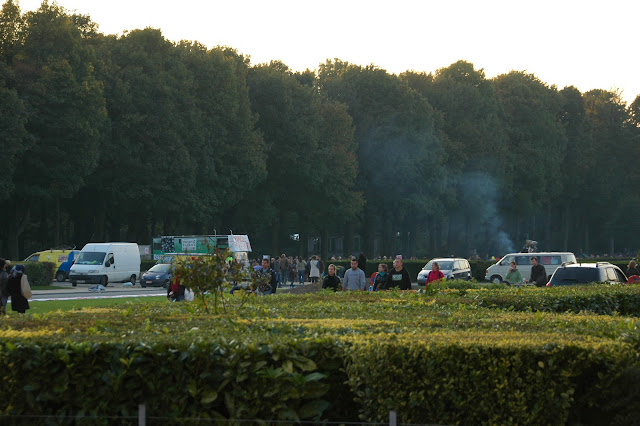 And I was there at the demonstration also for myself: I want to have more money, I will not deny it. I want to be able to travel, buy things without always thinking about the next day. After my illness I lost most of my money. In fact, I have nothing left. While I was younger, I didn't travel much as I was working alot because I wanted my PhD, later because while living in London, I spent quite some money visiting my parents. To think positively: I didn't polluted the world too much. Now I can't travel much anymore. The rich should understand what it means struggling to survive. And they should know their history: an unequal society always ends bad, for everyone, not only for the poor.

Lets hope everyone starts thinking, not only about themselves but also about the others. Many people start blaming the politiciens while many politiciens (not all) try to save banks and countries; however they are often taken in speed by the Imvisable People. I hope the latter get a conscience too one day and stop interfering with the world. In the meanwhile, we need a stronger world regulator who will have rules wherein those big multinationals and all others, including us, should operate. Or we stop all multinationals and each countries will have its own economy. But who wants to go back to the days we were only local people who didn't meet other cultures?
Belgium Brussels Indignados LPG Protest