June 20, 2011
As usual in May, Belgium Pride took place in Brussels. Indeed, as you notice, in Brussels Pride is early, but again, just like last year we were lucky with the weather: sunny although a little cold (but then, what do you expect in Belgium in early May?). Pride was quite fun. I met up with Kurt and Jethro and we had a nice day. I wore something different from what I normally wear: a pink shirt with green bow tie. It suited me although I say it myself but otherwise I would have worn it. 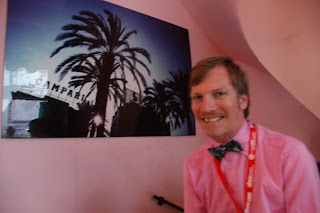 Of course, there were many people, and some of them were interesting: either in drag, with strange clothes or bare chest. Unfortunately, most were in ordinary clothes: t-shirt and jeans, not worth taking pictures off. I show a small selection of the people. Excuse me the strange way of placing the photo's but I mostly can't place them in the position I would prefer them to be. I was lucky to be able to dance with a few of these people. I also spoke with two guys having fun, one from Israel, the other from Libanon. If all people were gay, there would be no more war. 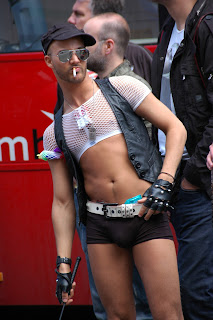 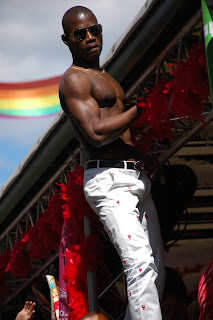 Around 8pm, we went to an Italian restaurant where I had a pasta while my friends enjoyed their pizza. After dinner, we had a last drink and they left to go back to Ghent where they are living.

After 10pm, I saw Celso, a friend who lives in Luxembourg and who was in Brussels for Belgium Pride. We had a few beers together during the street parties. I didn't go to any party but left to go home a little after midnight. I had to walk home as there was no public transport at that hour. After arriving home, it started raining and I assume the street parties were over.